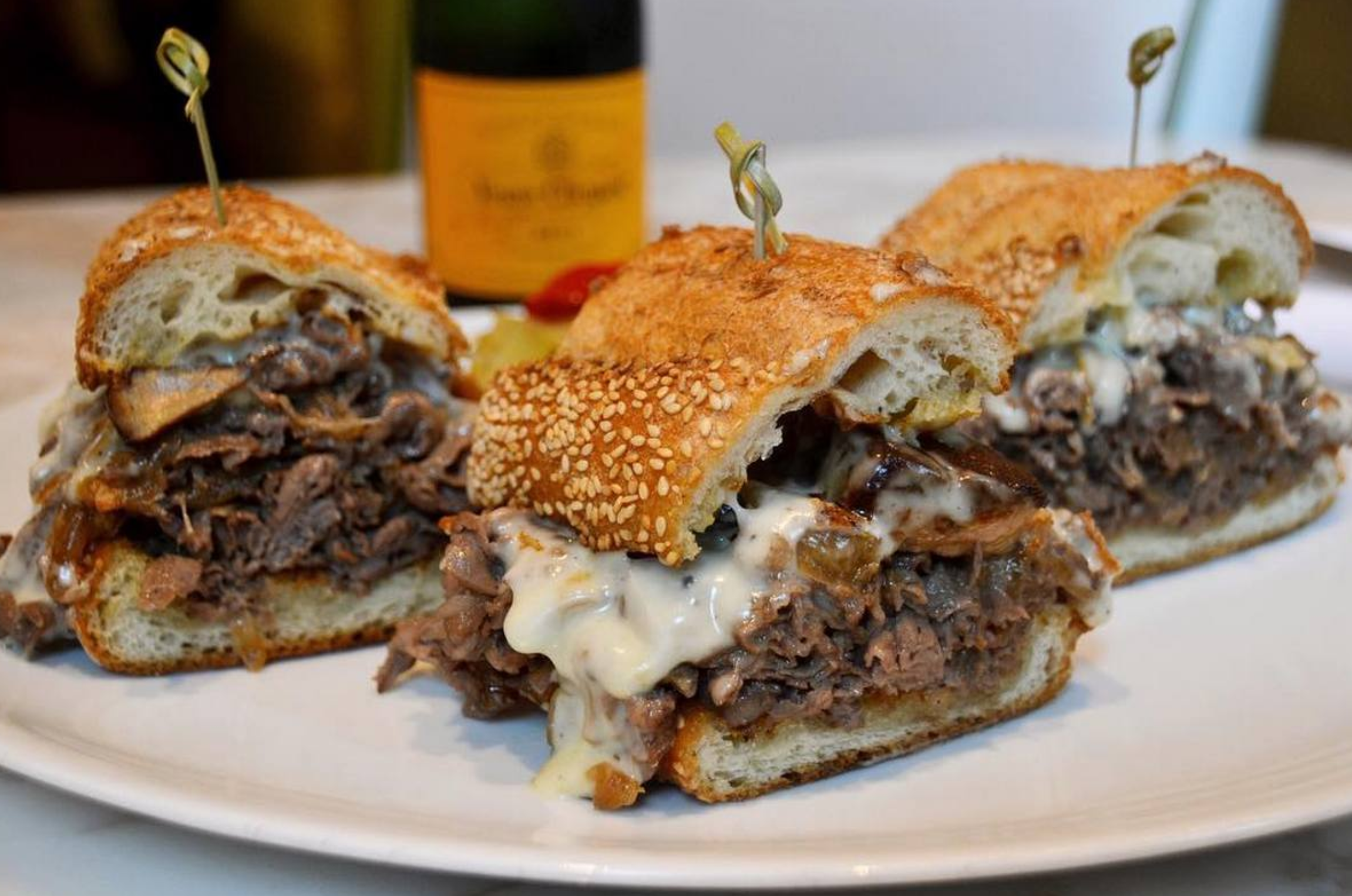 A marketing lesson from Barclay Prime

When restaurateur Stephen Starr opened his new steakhouse Barclay Prime in Philadelphia’s Rittenhouse neighborhood he knew he needed to find a way to differentiate it. In Philly, a city known for its food, his restaurant was in a crowded market. Philly has many steakhouses. What was he going to do to set Barclay Prime apart from the others?

He did this by creating a nutzo menu item that would be sure to garner attention and be talked about while very few people would order.

What Starr added to his menu was a $130 Cheesesteak sandwich.

For those unfamiliar with the vaunted Cheesesteak—it’s a Philadelphia invention and tradition that combines a fresh hoagie roll with diced or sliced steak and either American cheese or Cheez Whiz. A version with sauteed onions by specifying “wit” or “witout” if you don’t want the onions. They are sold at ubiquitous food carts and diners and usually cost around $7-$15. They are neither health food nor gourmet.

So, Starr decided to take this classic, low-brow dish and upscale it ridiculously. His signature item would feature super premium cheese, thin-sliced Kobe beef, and come with a bottle of high-quality Champagne.

There was another benefit to his unique offering as well. Because the item’s price was ridiculously high. It utilized a marketing principle called “anchoring” which sets the range of a customer’s price expectations. By including a costly item on the menu, other things seemed reasonable by comparison. This allowed Starr to charge more for his other items than he otherwise would have been able to.

How can you jump on the Keep Portland Weird bandwagon and encourage word-of-mouth marketing by featuring an unusual, exotic, and expensive item on your menu?